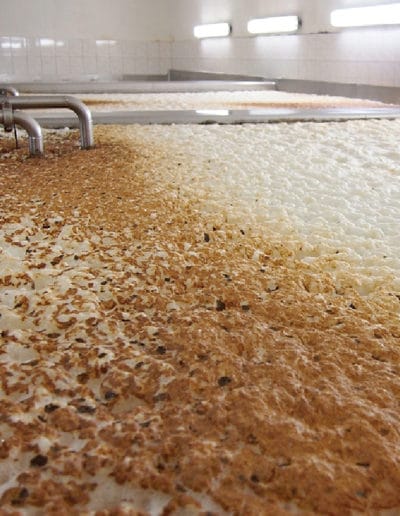 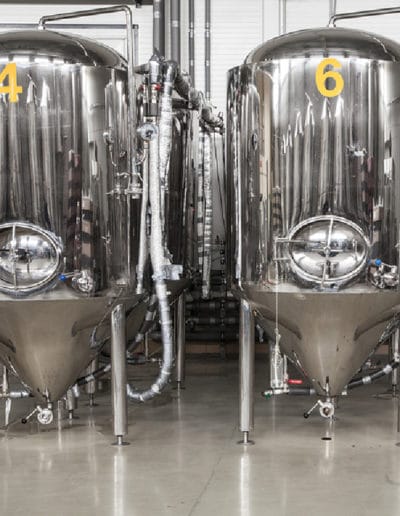 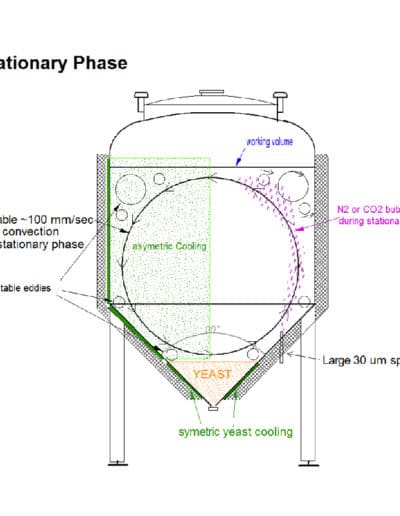 Cylindro-Conical Vessels ( CCVs) have been almost universally adopted by breweries as fermenters, replacing the traditional open fermenters. The advantages are easy sanitation, cleaning-in-place, pressure control, temperature control, and most importantly; removal of cold trub, flocculated yeast and dry hop particles in a timely manner, while still under pressure.

However with standard CCVs, the flavour has changed, the number of yeast repitchings of yeast has been significantly reduced, and yeast top cropping and braun hefe skimming are no longer possible. Convection in most standard CCVs is chaotic, causing foaming and making them prone to temperature stratification, especially yeast plug overheating in the cone.

The urban myth about this open fermenter-to-CCV flavour change is that there was greater access to oxygen in the open fermenters. This idea has no technical merit. Pure O2 can be supplied easily to a CCV, yet no “open fermenter” flavour is achieved?

The difference between open fermenters and CCVs is simply:

The Brewmax Hydro-Dynamic CCVs are significantly different in that:

2. The Brewmax 45 degree mirror-polished cone ( Ra = 0.22) slips flocculants as well as standard 60 degree cones, however it increases yeast bed area by about 50%.

3. Only one asymmetric side of this short, wide tank is jacket-cooled, and the other side has a large sparge arm. This combination encourages vigorous circular convection ( like in the video) over an increased area of yeast bed.

4. Rapid reduction of Diacetyl and Acetaldehyde in stationary phase and a cooler yeast plug achieves that “open fermenter” flavour. The yeast is less stressed and will remain viable for re-pitching more times.